Climbing for Advanced at Harrogate for 5h

By Jo-Ann Halstead 02/02/12 Article 0 comments
Read on and read about climbing the Petit-Grand Vignemale, Pointe de Chausenque and from Col des Glaciers!
Climbing is an outdoor adventure activity that can take you to some of the most astounding landscapes in the world. The Vignemale is a summit of the French Pyrenees (bordering Spain as well) and, by being the highest it often receives a lot of attention when it comes to climbing. Some of the most distinguished and well known peaks are Grand Vignemale or Pique-Longue which are at 3298m, Pointe Chausenque at 3204m and Petit Vignemale 3032m. There is also an impressive glacier located which is the second largest in the Pyrenees.

This climb has an accumulated height of 300m and of which 150m require climbing. From the shelter built on Petit Vignemale it is roughly one hour; from Petit Vignemale to Pique Longue you are looking at roughly 2 to 3 hours. The starting point is the shelter in Bayssellance which is at 2.651m. 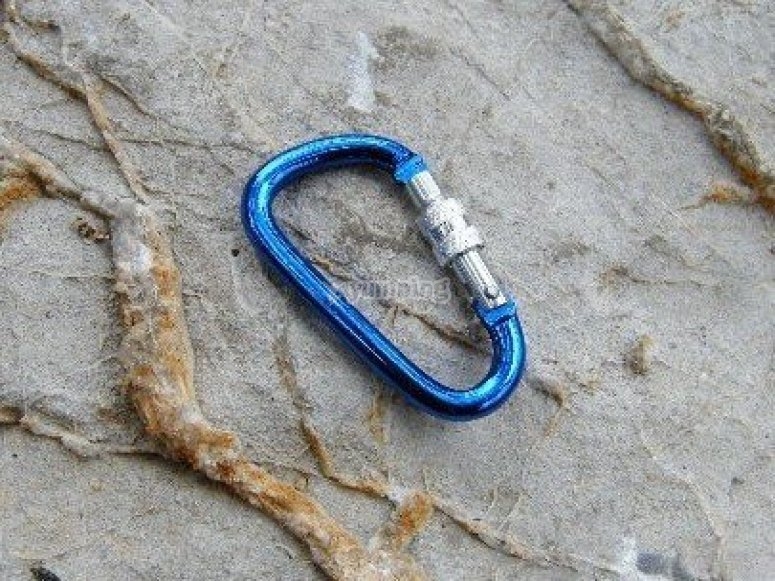 The basic gear that you will need is of course rope, a large roll of 2 metres of climbing tape, and 2 or 3 karabiners.

Itinerary: From the shelter, the destination is the peak of Petit Vignemale via the Hourquette d’Ossoue. There is a clear path which is the normal route of Petit Vignemale. At the start of the season these rocks are usually found covered by snowdrifts that  do not usually interfere with the ascent. Follow the edge of the rock that unifies Petit Vignemale with the ledge of Pointe Chausenque where you pass the glacier and head onto the standard route of Grand Vignemale.
##6##

Climbing Route: From  Petit Vignemale one has to descend 4-5m either down the vertical ledge or by lightly descending down the left wing in order to reach an opening that leads to a rocky passage sunken in the slope. Follow this passage for 2 to 3 metres and you will pass a plaque which leans is inclined towards the north east and that you cross horizontally to reach the ridge which is sharp, yet easy. There is then a new ledge which you descend down it´s south east slope. The ridge widens until it turns into another slope of 8 to 10m. A vertical chimney which provides excellent damns is right infront of the stunning Ossoue Glacier which, directly south permits, one to descend the down the face. Once at the base, turn right 2m and descend a short slab and return to the left to reach a marvelous terrace. From the West end of the terrace one must take a large dihedral chimney that slopes north towards the seracs of Petit Vignemale.


This is a delicate descent between 15 and 18 m. Walking underneath the terrace one arrives to a narrow route that will take you left; a short crack  permits you to arrive to a close gap to a narrow gap that unites Petit Vignemale with the edge of Punta de Chausenque.

Climb this sharp slab while staying on the edge with feet on its north slope. If climbing with novices it would be sensible to establish a fixed point (a large ring of rope) half way up the crossing. This is a more intimidating than it is difficult, although climbers do run the risk of falling and being caught in a pendulum swing.  There are some easy ledges in the south slope that lead towards the Col des Glaciers
Ascend the back of Chausenque Point along the edge, always staying on the south slope where there are numerous routes separated by small ledges and fallen rocks. Finally, you will reach the previous mentioned Chausenque Point located at 3.138 m. An easy ridge ascends the same Point but you can also reach the Ossoue Glacier by some horizontal ledges without having to pass by the peak. 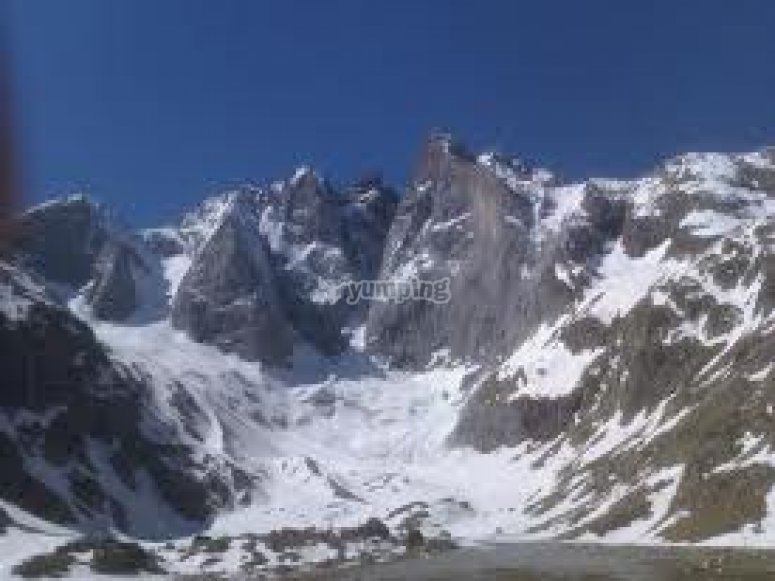 The descent from the peak to the glacier is not difficult either. Pass closely by the funnel of Couloir de Gaube and try tackling a bit further on the schistose cone of Pique Longue. The climb should not be that difficult but one should be careful and alert of falling rock if climbing in a large group.

Descending: take the normal route on the Ossoue Glacier which is generally easy. However, at the end of the season when the glacier is exposed, crampons may need to be used. Although it may be the opposite of the normal practice, it´s advisable to stay harnessed on the glacier, despite it´s safe appearance and that you may see many other climbers disobeying this rule.