Junior Paintballing in Moray for 2.30h

Paintball Game in Bristol with 300 Paintballs By Tanux Fuchsia 25/02/10 Article 0 comments
Want to find out how to use a paintball marker, also known as a paintball gun? It requires practice, a good eye and patience.

Do you fancy discovering the sensation of being a genuine action hero? Can you picture yourself in a crossfire, in search of a deadly enemy? How will you react when you see him and realise that his is within range of your marker? You have to be quick… Focus, aim and shoot… a paintball!

Paintball is an adventure activity, it allows you to reenact scenes from Hollywood blockbuster movies and historical military combats. The most important tool that you will need is the marker, without it you will be defeated immediately. The paintball marker, or paintball gun as it is more commonly known, is an authentic-looking replica gun. The main, and most important difference, is that it is not loaded with actual bullets but rather large paintballs. 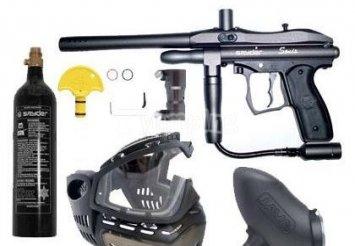 There are several different models to choose from. They tend to have one of the following mechanisms:

You should aim to familiarise yourself with all three in order to find out which one you are best-suited to. Furthermore, each paintball enterprise tends to supply an increasing variety of models making it very likely that they will have the one you want. 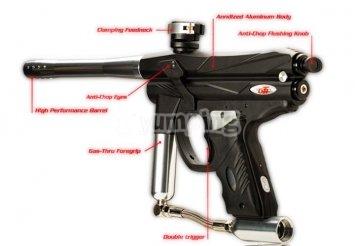 It is important that you learn how to use the marker properly, since your survival within the game depends upon it. Here are some basic points:

Get ready to join one of the biggest phenomenons in terms of adventure sports. We have provided you with the basic information, the rest is up to you!