Sailing Class for Beginners in Brighton for 2 days

Sailing at the 2012 London Olympics!

By Jo-Ann Halstead 08/03/12 Article 0 comments
The Olympics are fast approaching and sailing is one of the most exciting events! Read on and find out what to expect at this year´s sailing races with both the GB sailing team and Paralympics sailing team competing at the London 2012 Olympics!
This is the big year; the summer that the Olympics are going to be held right here in London with all of it´s events and adventure sports! As it is to be expected, the sailing events cannot be held in the capital so they will be celebrated in Dorset on the Southern coast of England at the Portland Harbour and Weymouth Bay starting Sunday July 29th until Saturday August 11th, and the Paralympic sailing events will be held from September 1st to 6th.  This was the first site for the 2012 Olympics to be finished, a whopping three years before the games and Portland and Weymouth boast the best sailing waters in the UK!


Sailing in the Olympics:

Sailing has been an Olympic sport since 1900 and it was only not featured the 1904 Olympic Games in St. Louis. This year our team is headed by Ben Ainslie CBE, who is the holder of three gold medals. Our team has triumphed at the last 3 Olympic Games. We expect to the do same this year and we are the international leader when it comes to Olympic medals!

Sailing vocabulary: If you are not up to date with all of the sailing terms, here´s a quick review so that you understand everything this summer!

There will be ten medal events with a total of 380 Olympians competing for Bronze, Silver and Gold! This will be a male-dominated event with a total of 237 men participating ( 6 events)  and 143 women (only 4 female events).

Each of these events consists in multiple races in which the winners are awarded points. The scoring system works as follows:
The first place winner gets one point, second place 2, third place 3, etc. In the final race the points are doubled. The winner of each category is the one with the least amount of points. 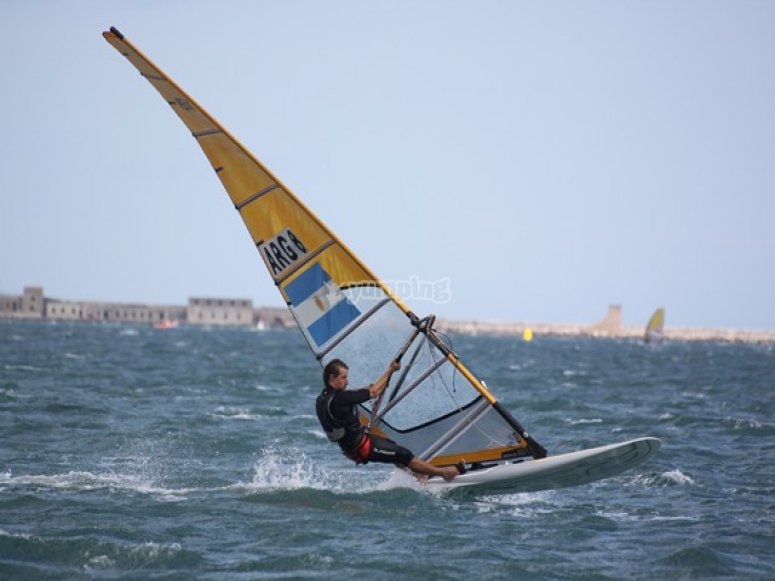 Getting to the venue:

As the venue is not located in London, travelling will be required to get to the events. Dorset is about a 3 hour train ride from London, roughly about 215km. Due to the high volume of traffic expected, it is recommended that spectators use the train, coach or Park and Ride, and once in Portland or Weymouth, use the buses, walk or cycle.

This is the first sustainable sailing centre in the UK! Sails will be recycled, all food will come from local vendors and they will use solar energy! The sailing venue was already established and has already hosted international events like the 2006 ISAF World Youth Championships where there were participants from over 60 countries.  The sailing centre uses the Weymouth and Portland National Sailing Academy (WPNSA) and it has kick started the revival of the Portland Naval Air Station which now goes by the name Osprey Quay. They have also installed a permanent slipway of 250m and provided new mooring and lifting facilities.


This venue already a magnificent venue for spectators (with or within a ticket) and there is no assigned seating. It is not necessary to buy tickets if getting a front row seat is not your worry. The town will be providing a big screen to project the events and much can be seen from along the shore!

Sailing is a fabulous sport, and not just for watching! Sailing is the passion of thousands all over the UK. If you wish to have a go yourself (and if not right now, after watching the Olympics you´re bound to want to have a go), RYA is the official governing body where you can receive official training at a long list of sailing centres around the country!