Mountain Biking at Wrexham for 6hs

By Jo-Ann Halstead 09/02/12 Article 0 comments
Mountain Biking: the outdoor adventure activity fit for all ages and abilities, from children to extreme adrenaline seekers. Read on to discover the different types of mountain biking
A mountain bike can be the key to utter freedom and exhilaration! Peddling can take you miles away and through stunning landscapes while presenting challenges and adrenaline filled experiences. Mountain Biking is a multifaceted adventure sport that with its different variations can take one from singletrails in the foothills in Scotland to obstacle courses in an urban setting.

As known as MTB, Mountain Biking´s different disciplines are made up of Cross Country (also known as XC), Downhill, Trail Riding, Freeride,and Trial biking to name the most popular categories. Outside of these subcategories Mountain Biking can be used combined with other activities to create a new and interesting spin on an activity while allowing MTB lovers to branch out while still being loyal to their beloved sport. The following is a breakdown of some of the most popular categories and spin offs of the sport.


This is the subcategory that is the most demanding on the cyclist both physically and skill-wise. It is the most popular form of mountain biking and since 1996 it has been an Olympic Sport (the only form of Mountain Biking to be part of the competition).  The cross country cyclist´s strength is in his or her endurance and not as focused on technical performance as in other categories. The terrain is what defines this category and it must be of easy or moderate complexity or else it becomes a different category. Trails ridden by XC cyclists can be single or double track, forest trails, or fireroads (usually unnatural breaks in vegetation to avoid fires spreading), generally which are flat and not too complicated. 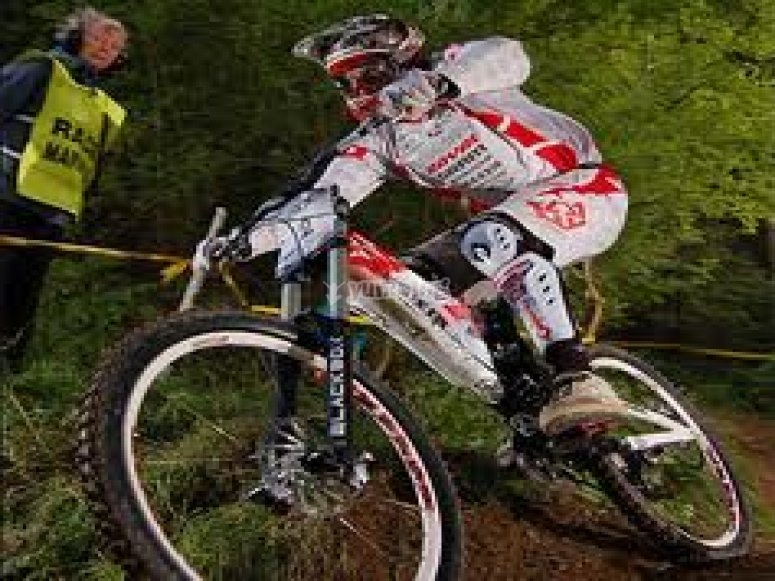 These are the lightest bike, weighing in at between 7 and 16 kilos and they normally have front suspension forks and occasionally suspension in the back. The tyre width nowadays is 26 inches; however there are other 29" and 650b around although it is a disputed subject. The helmet worn is normally a normal bike helmet

Trial Riding, which also goes by the way Observed Trials, is when the cyclist tackles a series of obstacles  (either natural or man-made) and attempts to move through them all without having to put their foot on the ground and any moment.  It is said that it has its origins in Spain and it is mainly a sport practiced in Europe.
These bikes when used for competition usually have wide handlebars, powerful breaks, are single-speed low geared, no seat, a particular frame structure, and have a wide back tire with low pressure in both.

The name itself is quite self explanatory! As one would imagine, Downhill Mountain Biking (DH is the short form) is practiced on steep downhill tracks where the objective of obtaining the best time and there can be featured jumps and obstacles which serve to gain air time.
Our champion from the UK was Danny Hart in 2011 who won the the 2011 Downhill World Champion.
The bikes used are heavier than XC bikes with weights from 14 to 19kg. Their frames are designed for a more leaned back posture for the rider. They normally have 8 inch suspension, wide hydraulic disk brakes. Riders wear a full helmet and sport full amour and occasionally wear a neck brace for extra protection for the neck and back.
##7##
Freeride mountain biking is rapidly gaining in popularity. Freeriding (which is ¨free¨ of courses or set obstacles) consists in tricks, technical trail features and the style which makes it an extremely creative sport for the rider. The bikes have a steeper frame which makes them more agile and better for balance. Originally they were altered Downhill bikes that had their gears adjusted to allow them to go uphill as well.
Freeriding is often done in downhill skiing venues and more and more we are seeing ski centres offer lifts and areas for the bikes.


Nighttime Mountain Biking. Riding at night is a great way to improve your skills and there are also multiple competitions that feature riding at night (which are sometimes 24 hour ordeals). It´s also a way that cyclists deal with the winter months as day light time diminishes as the cold month come around.

The is essential equipment that you will need to take like torches and warm clothes, but biking at nighttime makes one concentrate on the immediate path ahead and teaches bikers how to deal with surprises that pop up along the way. It´s great in the summer as the temperature is lower at night and there are usually less people out and if you are bored with a trail, you may not even recognize it at night!
One must be careful with cycling at night however as some major dangers can be hidden by the dark and a mobile should always be packed in case of getting lost.


This Orienteering done on a bike, and the bike you chose depends on the terrain (tracks and trails) where the navigation challenge takes place. The different between mountain bike orienteering is that bikers must not go off the designated track so much of the challenge is focused on choosing the right route while navigation, not to mention that the cyclist has to read a map as well and peddling! This requires multiple cyclists to work together while using their map and compass skills.

The snow doesn't have to be a damper! Mountain biking off the beaten track in the snow can be heaps of fun. Tires need to be deflated a tad as underinflated tires have better surface grip as they have a larger contact surface. The wider the tire the better and there is even specialty tires on the market. Studs can be added to the tires as well as outriggers. The weather can prove to be utterly exhilarating and chances are you will won´t cross paths with many others.


Mountain Biking in the UK has an infinite number of options and locations. The more serious categories can be left to the professionals, but cyclists of all ages can enjoy mountain biking, learning along the way!

0 comments in "Types of Mountain Biking"