By Jo-Ann Halstead 10/02/12 Article 0 comments
What is underwater orienteering? Underwater Orienteering is a hybrid of Orienteering and Diving. The navigation challenge takes place under the surface of the water using modified scuba gear and at no point may the diver come up to the surface!
In the world of outdoor adventure activities there are loads of hybrid sports, but Underwater Orienteering brings together two of the most challenging and fascinating activities around; diving and orienteering. This sport, for experienced and competent divers, involves divers navigating an underwater course usually in lakes, at to a depth of 1 to 3 metres, using modified diving gear and a compass. The big challenge lies in that the participant may not go to the surface at any point to get their bearings and many times the visibility of the water is 0m.


The orienteer diver needs to have good knowledge of diving, navigation and be in excellent shape, which makes this an excellent competition sport! The first European Championship was held in 1967 in Anger, Italy and the first World Championship in 1973 in the former Yugoslavia. Last year the 15th World Championships in Underwater Orienteering were held and the winners were Zuzana Dvoradova from the Czech Republic and Dezlo Laslo from Hungry coming in first in the men´s division. The 4th Open European Youth Championships in Underwater Orienteering 2011 was held in Berlin in September. International competitions are held every 2 years which the continental championships being held on the off year. 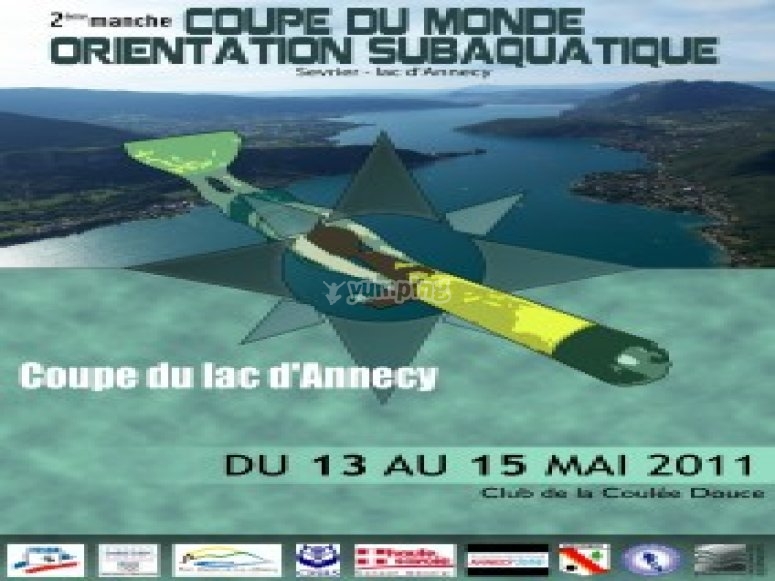 Over the decades the challenges have developed and become more advanced which calls for more sophisticated equipment and techniques for the diver. The diver wears a mask and fins or a monofin, a scuba tank which is held in front of the body (so as to create the least amount of resistance against the water) and a buoy with around 3 metres of rope as that their progress can be seen from the surface and a boat or kayak follows them from above. This also serves as a safety device as this way the diver can be found easy. They also have a flow meter and compass and they have to take the course instructions with them underwater as they cannot go up to the surface. Some may choose to write it on their forearm while others may carry it with on the compass.

The underwater orienteering challenges can be done individually or in teams of 2 to 4 divers. The challenge lies in finding the markers of the course and there are three common patterns: the M course, 5 point or Star. In the M course the diver round get to 3 buoys which are using positioned in the shape of an M.  The 5 point consists in finding the 5 points in a certain order which calls for search planning and the Star, where the diver must round a marker and find another, doing that 5 times in a row. Points are awarded for their accuracy and time, making this a sport that demands precision and speed.


Underwater Orienteering Equipment
As mentioned earlier on, the diver will have the following tools:

A kit consisting in a compass, depth gauge, scuba tank and the instructions for the course. Depending on the water temperature, a neoprene wetsuit is worn, mask, fin or monofin and weights. It is quite normal that each individual diver uses his or her own equipment as it will be been adjusted to the individual in order to achieve the best performance.


Although not the most common activity found in the world of adventure sports, this is a brilliant way for diving fans to try something new and spice up a sport they already adore! Competitions and clubs can be found in the UK and Europe and if one looks hard enough, they will be able to come across other fans of this marvelous activity.