How to Choose the Best Film for Underwater Photography

By Jo-Ann Halstead 18/01/12 Article 1 comments
In the world of technology, there are still some photography aficionados who still use traditional cameras and film. For those wish this hobby, what's the best film for developing underwater photos?
Scuba diving is a fascinating and breathtaking watersport that can take you to the depths of oceans, lakes and seas to places where most humans never get the pleasure to explore. Choosing your diving site depends on what you want to see. Many people go to exotic countries like the Seychelles or Australia to see tropical fish and natural marvels such as the Great Barrier Reef, while others stay close to home and explore the magnitudes of ship wrecks (called Wreck Diving) we have scattered in and along the British coast. Whatever your interest is when it comes to diving, scuba diving is also an amazing opportunity for photography as one can take photos of wonders rarely captured on film not to mention by the human eye!

Technology is reflected in every aspect of our life but lately we have started to see a demand and fondness towards older technologies (what some would call vintage). Digital cameras have taken over photography, but many true aficionados still enjoy the classic method of using and even developing film.


If you´re looking for the basic film, then the answer would be Kodachrome 64 slide film. In the old days, before technology had reached the great heights that it´s at today,  if the photos were to be printed then they would always be printed on slides as opposed to color print film. Now as color prints can be scanned by computer and many publications whose color budget is marginal, they are scanned and do not make color separations. So for some magazines and newspapers, color prints can be used. For the sheer personal enjoyment of looking at yourself and your friends on film, color prints are the best. For large screen projection and important images, generally for bigger enlargements, slide film is the choice. 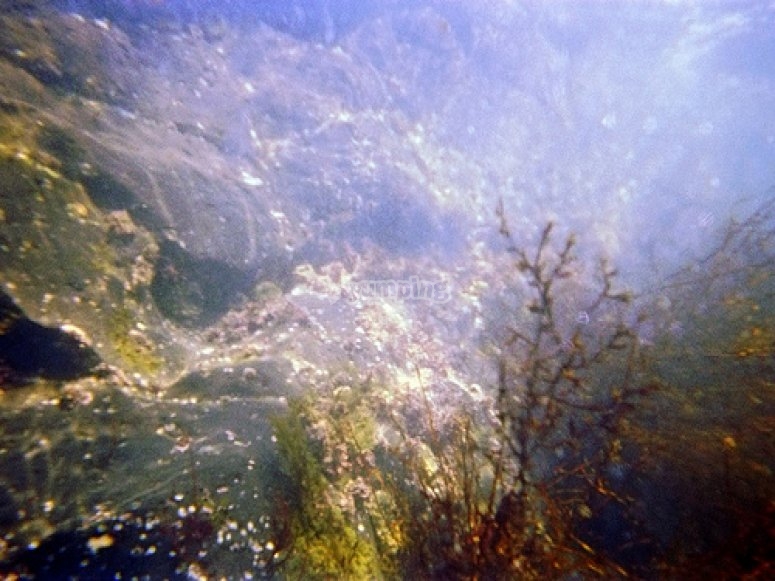 For slide films the market is dominated by Eastman Kodak and Fuji and those companies spend millions in developing their film stocks and improving technology.


What about color rendition?

The normal response has always been that Ektachrome renders blue hues more pleasingly and Kodachrome the skin tones and warmer colors. If an underwater photographer is using natural light, then Ektachrome or Fujichrome is a good choice. When strobe lighting is used, most people´s personal preference is Kodachrome.

What about the new Kodak Underwater Ektachrome film?

It is a good film that is color balanced for natural light underwater at depths deeper than ten feet. The film brings out or saturates the warmer colors, like reds and yellows, better than normal Ektachrome. A Wratten filter must be used on the underwater strobe if a strobe is to be used in exposing the Kodak underwater slide film.

What speed film should I use?

This is not a problem underwater where wide angle photography is generally the rule. Thus, getting enough light to properly expose the picture is the key. I still shoot 64 ASA or 100 ASA exclusively. If you have an important job where low light makes using a fast film imperative, use use Kodak's push film that is specially designed for that purpose. It has good grain structure even at 1800 ASA. Do not keep changing film speeds; you will forget what you've loaded in the camera and under-or over-expose your pictures by accident. Human beings forget!

Which brand to chosose, Fuji or Kodak?

This is a personal choice but many like Kodachrome 64 ASA. Kodak Ektachrome and Kodak Ektachrome Lumiere are extremely popular although Fuji Velvia slide film has a nice, albeit very vivid, tonality. Choosing a film stock is always a matter of price and preference, as well as getting something that is suitable for the job intended. Fuji has spent millions developing their Sensia and Provia slide films. They are great slide films, and the 100 ASA film should together very well. Kodak has developed Elite Ektachrome slide film and it is a very good film, as is Lumiere. Some of these films are "pro" films and they cost a lot more than Kodachrome or Ektachrome or Fujichrome.


Are the "pro" films worth the extra money?

Not for the average photographer although it does depend what you are looking for. If you are looking for quality that expert photographers will be able to distinguish, then perhaps pro films are at their peak when they are sold, so they should be used right away. They must be kept refrigerated to maintain their quality. Ektachrome films are more sensitive to heat and humidity than Kodachrome films. If you are taking the film on a tropical vacation where refrigeration is a problem, choose Kodachrome. Kodachrome should be exposed underwater with artificial light; then again artificial light, strobes, should always be used in underwater photography unless the deep and rich overall blue and green ocean hues are desired. Strobe photography, for all practical purposes, is only effective at distances not exceeding ten feet underwater.


If you want more information, investigate a bit more about underwater photography, but hopefully we´ve given you a good introduction. In the end, a little experimentation on your own will turn up just the right film!